China’s yogurt market has seen exceptional growth in recent years. From 2012 to 2017, yogurt sales in mainland China increased from approximately USD 8.14 billion to USD 16.95 billion, or by 108%. On average, Chinese yogurt sales increased at an annual rate of 17.4%. One factor that contributed to this rise in sales was increased urbanization. In 2012, yogurt accounted for approximately 30% of dairy consumption[1] in China’s tier-1 cities and roughly 25% of dairy consumption in its provincial level cities. The urbanization of China has steadily increased over the years. From 2006 to 2016, the percentage of its population living in urban centers of more than 1 million increased from 19% to 25%. Based on these figures, the per capita yogurt consumption of China’s urban population was significantly higher than their rural counterparts. An increase in urbanization enables e-commerce market connectivity and wider distribution channels for yogurt products.Though, as of 2015, online sales of yogurt only accounted for approximately 4% of its total sales.  Convenience stores, a key yogurt distributor, were also able to take advantage of rising urbanization. From 2015 to 2016, Chinese convenience stores’ revenue increased from CNY 118.1 billion to CNY 133.4 billion (~USD 18.2 billion to ~USD 19.3 billion) or by 13%, while the number of stores[2] rose from 91,000 to 98,000 (or by 9%).
Updates from Chemlinked:
According to ASKCI, China’s yogurt market sales is predicted to grow from CNY 140 billion in 2018 to CNY 220 billion (from USD 20 billion to USD 31 billion) in 2022, with a CAGR of 12%.

Among the different yogurt products available in China, room-temperature (常温酸奶) or shelf-stable yogurt has seen the strongest market growth. Room-temperature yogurt refers to pasteurized heat-treated yogurt that is shelf stable. From 2015 to 2018 (estimated), Chinese sales of shelf-stable yogurt increased from approximately USD 2 billion to USD 4.3 billion, or by 117%. Shelf-stable yogurt is popular in China for multiple reasons. First, the food safety risk for any type of bacterial contamination is minimized through its production process. Second, its shelf-stable nature allows for greater market penetration into towns and cities that lack adequate cold chain logistics. Third, this format of yogurt lends itself to China’s gift-giving culture, where family members and coworkers can give yogurt during the country’s high holidays. As of 2017, the dairy companies of Inner Mongolia Yili Group (SHA:600887), China Mengniu Dairy (HKG:2319), and Bright Dairy & Food (SHA:600597) had a combined share of the shelf-stable yogurt market of 70%. Yili Group’s “Ambrosial Greek Yogurt” (安慕希希腊酸奶), Mengniu Dairy’s “Mengniu Pure” (蒙牛纯甄), and Bright Dairy’s “Bright Momchilovtsi” (光明莫斯利安) are the leading shelf-stable yogurt products.

ChinaAg estimates that sales of yogurt beverage (probiotic) drinks in China totaled USD 4.7 billion in 2017. This figure translates into a 28% share of China’s total yogurt market. Compared to Hong Kong (46%) and Japan (59%), yogurt drinks in China are underperforming and have the potential for strong market growth. 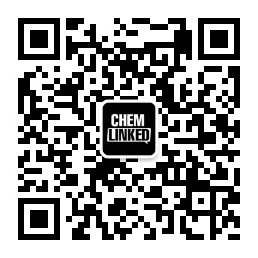